Recently awarded the prestigious Macedonian award "Best music performer", conductor Borjan Canev is one of Macedonia’s finest musicians, resident conductor of the Macedonian philharmonic and leading this orchestra in notable performances in Macedonia and abroad.

A graduate of the Faculty of Music in Skopje, Canev earned his Master’s degree at the State Academy of Music "Pancho Vladigerov" in Sofia, Bulgaria and following his studies, he was immediately appointed conductor of the Macedonian Philharmonic Orchestra, a post he has held since 1999. In 2001 he spent a year in London at the Royal College of Music earning his Postgraduate Diploma in Performance -Conducting, during which time, maestro Canev also attended master classes with renowned conductors Sir Simon Rattle, Danielle Gatti, Janos Fürst and was invited to be associate conductor to Sir Colin Davis in Royal College’s production of Mozart’s Don Giovanni. He was awarded the "August Manns" prize for best young conductor at the Royal College of Music and conducted the London Symphony Orchestra as part of the LSO Discovery Conducting Masterclass with Sir Colin Davis.

In the following years, Canev conducts numerous concerts with the Macedonian Philharmonic and its Chamber orchestra in Macedonia and abroad (Rome, Paris, Istanbul, Prague, tour in Poland etc.), and in the period 2003-2006 was Principal conductor of the "Skopje Soloists" Chamber Orchestra.

His successful debut with the Sofia Philharmonic Orchestra in 2004 was followed by consecutive engagements with this highly acclaimed Bulgarian orchestra and in 2006 he is appointed as their Permanent guest conductor. In 2005 maestro Canev had his debut at the Macedonian National Opera and the year after he conducted the new production of Mozart’s "Die Zauberflöte" as part of the 250 centennial of the birth of the composer.

In 2010, the Composers association of Macedonia awarded him the "Georgi Bozhikov" prize for best performance of works by Macedonian composers in 2009. Since 2002, Borjan Canev is a professor at the Faculty of music in Skopje, while continuing to hold the post of resident conductor of the Macedonian Philharmonic. In October 2015 he conducted the Macedonian philharmonic orchestra on the orchestra's first tour in the USA, including two concerts in New York at the famous venues like Carnegie Hall and Kaufman music center. 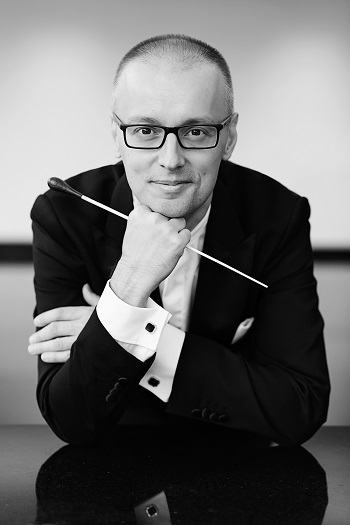