Cvetanka Sozovska began her piano education at the age of seven. In 1996 she graduated from the class of Russian pianist and organist Boris Romanov, with the highest marks (average mark: 10) at the University “St.Kiril and Metodij” in her native city Skopje, Macedonia. She was subsequently elected the University student to have achieved the highest level of distinction in the period 1985-1996. Her further specialization on the harpsichord brought her to The Hague, The Netherlands, where she obtained her Bachelor and Master degrees in the class of the Dutch harpsichordist and fortepianist, Jacques Ogg at the Royal Conservatory. As a soloist and chamber musician on both the piano and the harpsichord, Cvetanka has performed concerts all over Europe and in South Korea. She was a member of EUBO for the season 2002-2003, working with Fabio Biondi and Reinhard Goebel. Cvetanka played in the Summer Festival at Casa de Mateus, Portugal in 2004, together with musicians such as; Jacques Ogg, Wilbert Hazelzet, Peter van Heyghen, Paolo Pandolfo, Paul O’Dette, Jean-Paul Fouchécourt and Marc Destrubé. She also toured with Barokopera Amsterdam through Bretagne, France, as well as in The Netherlands. In the summer of 2009 she taught harpsichord and basso continuo at the Early music course in Burgos, Spain. Cvetanka played with the Orquesta de Cadaquez in Spain with Sir Neville Mariner as conductor. Under the leadership of Frans Bruggen of the Orchestra of the 18th century and the dance company Leine en Roebana, she was the repetitor in a production of Rameau’s “Les Indes Galantes” in Poland and the Netherlands. In the last stage of the preparations she was also conductor of the basso continuo rehearsals, as well as a fully staged dress rehearsal of the whole production (on request of maestro Frans Bruggen). With the dance company “Leine and Roebana” she also worked on and toured with the production “Merg”, in The Netherlands and France. She has also performed in a duo with Heiko ter Schegget in the Czech Republic. Cvetanka has also made regular appearances in different chamber and orchestral projects in Iceland during the past few years, as a member of the Hallgrimskirkja International Baroque Orchestra (formerly “The Hague International Baroque Orchestra”). She is a member of the baroque ensemble “Teatro alla Moda”, specialized in early chamber music, created with former students of the Royal Conservatory and now well-known performers - Lilia Slavny on violin, Benny Aghassi on bassoon and recorder, Joshua Cheatham on viola da gamba and Diego Nadra on the oboe. The ensemble performed in various festivals in The Netherlands, France, Portugal, Iceland and Macedonia. In 2021 Cvetanka was honoured to be invited and take part in the CD project “ Dutch Harpsichord School”, as an homage to the world-renowned Dutch harpsichordist Gustav Leonhardt. Cvetanka currently lives and works in The Hague, The Netherlands as teacher, choir conductor and performer. She was the correpetitor for the Early Music Department at the Utrecht Conservatory from 2006 until 2016. During this time she also coached students’ chamber music ensembles and on numerous occasions gave basso continuo classes to main subject harpsichord students. Cvetanka is the harpsichord teacher, as well the coordinator of the young talents’ program “ TraieCtum” at the Utrechtse Muziekschool. For nearly 20 years she has been a piano teacher in The Hague area of students of different levels and ages, privately and in schools such as The British school and the International School of The Hague. As a choir conductor she works with several choirs with varied musical interests and affinities 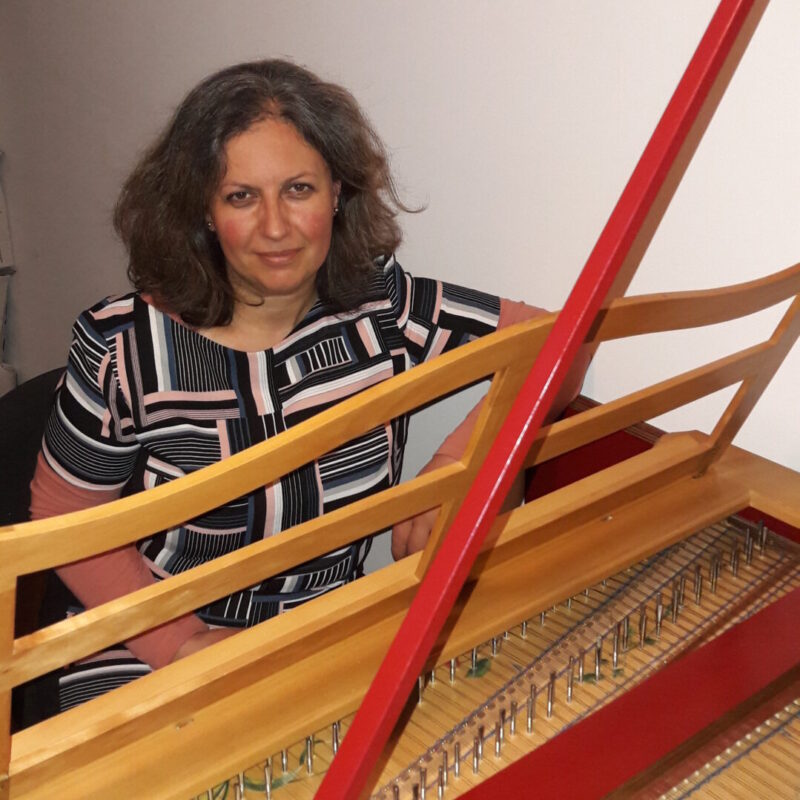