'The performance of the oboist, Gordana Josifova Nedelkovska, calmed me down. She is so attentive, eloquent and precise in the expression, I was excited when I heard her. I didn’t expect to hear such performance.' – Ennio Morricone Prof. Gordana Josifova Nedelkovska MA graduated at the Faculty of Music - Skopje in the class of Prof. Kiro Davidovski. She specialized at the Mozart Academy in Warsaw, Poland and was a full scholarship student at BANFF Center for Music and Sound in Canada. She has been the recipient of many awards at national and international competitions. Josifova-Nedelkovska has performed as soloist with numerous established orchestras such as: the Symphonic Orchestra of the National Chapel of Saint Petersburg, the chamber orchestra Musica Viva under the baton of the prominent conductor and cellist Alexander Rudin, Servantes Philharmonics from Spain, The Yucatan Symphony Orchestra from Yucatan, Mexico, The Kimy Sinfonieta from Finland, Austria’s Villah Philharmonics, the Moravian Philharmonic Orchestra from the Czech Republic, the Tallinn Sinfonietta from Estonia, the Symphonic Orchestra of Rome, the Symphonic Orchestra of Belgrade, the string chamber orchestra of the Slovenian Philharmonic, the chamber orchestra Sofia Soloists, the orchestra of the Macedonian Philharmonic, Macedonian Chamber Orchestra, the Chamber Orchestra St. George’s Strings, the orchestra of Avignon – Provence, Chamber Orchestra of Porto Alegre – Brazil, United Europe Chamber Orchestra. She has performed recitals in Canada, USA, Brazil, Mexico, China, Estonia, Netherlands, France, Belgium, Spain, Portugal, Poland, Italy, Germany, Czech Republic, Russia, Ukraine (performing with the renowned violinist Nigel Kennedy), Finland, Turkey, Greece, Croatia, Slovenia, Bosnia and Herzegovina, Serbia, Montenegro and Macedonia, performing in venues such as: Verdi in Milano, the auditorium S. Margherita in Venice, Botteghino Auditorium Conciliazione in Rome, the prestigious Smetana Hall in Prague, Czech Republic, etc. Gordana’s repertoire ranges from the early Baroque until the contemporary composers, including numerous works that have been premiered by her, as well as multiple works by Macedonian composers. Of great importance is the invitation of the legendary Ennio Morricone in 2009, for Gordana to perform under his baton at the Ohrid Summer Festival. After her very successful performance at the festival Art November in Moscow in 2011, Gordana was described by the critics as poetess of the oboe. Josifova-Nedelkovska now regularly performs in Russia, at festivals such as the Bach Marathon in 2011 and Mozart Marathon in 2014, sharing the stage of the renowned Bolshoy Zal with artists such as: Peter Laul, Alexander Gindin, Aleksey Volodin, Ilya Gringolts, Christopher Taylor etc. What makes her persona complete are undoubtedly her organizational skills. In the past Gordana has undertaken a number of important positions, such as: President of Jeunesses Musicales Macedonia, Head of the Department for wind instruments at the Faculty of music – Skopje, Vice Dean of the Faculty of music – Skopje and a member of the senate of the University Ss. Cyril and Methodius in Skopje for two turns. In 2005 she was appointed as President of the Commission for Culture and Sport at the University Ss. Cyril and Methodius in Skopje, and by suggestion of the University she has been selected as a member of the Council of the Macedonian National Television. In 2008, Josifova-Nedelkovska was awarded a plaque in recognition for contributions to the promotion of the University in the country and abroad. As a member, she is engaged in several other boards, including the board of the national award Saint Kliment Ohridski and since 2014 the board of the national award Mother Teresa. During the period 2001-2003 she was the Chairman of the Board and also the Music Selector of the Ohrid Summer Festival, once again being appointed as a Music Selector in 2007. Her work is of а particular importance to the culture in Macedonia. Therefore, she has been awarded multiple awards, among which is the award 13 November, which in 2009 was presented by the City of Skopje for high achievements on the international music scene, and also in 2016, the prestigious national award St. Kliment Ohridski for her extraordinary work in the fields of culture and art. In 2015 she was awarded the Recognition of Knight in Arts by the French Ministry of Culture for her contribution in promoting the French culture in Macedonia. Her success has been recognized by a world known Institute as well – in 2004 the Editorial council of the American Biography Institute nominated her in the category Successful woman of the 21st century. In their publication, which contained biographies and works of powerful and creative women in their respective countries, Josifova-Nedelkovska was selected as an artist and teacher who has left deep marks in the Macedonian society. ‘She is one of the most successful women of the 21st century’, therefore the younger generations should take her example and use it as a way to show them how to better shape their futures. Gordana Josifova-Nedelkovska is a professor at the Faculty of music – Skopje, teaching Oboe, Chamber music and Methodology of teaching wind instruments. In the academic year of 2009/2010 she was elected as Dean of the Faculty of Music in Skopje, and in 2013 she was reelected for another mandate. In September 2016, Gordana was elected as a Vice-Rector for International Cooperation of the Ss. Cyril and Methodius University in Skopje. 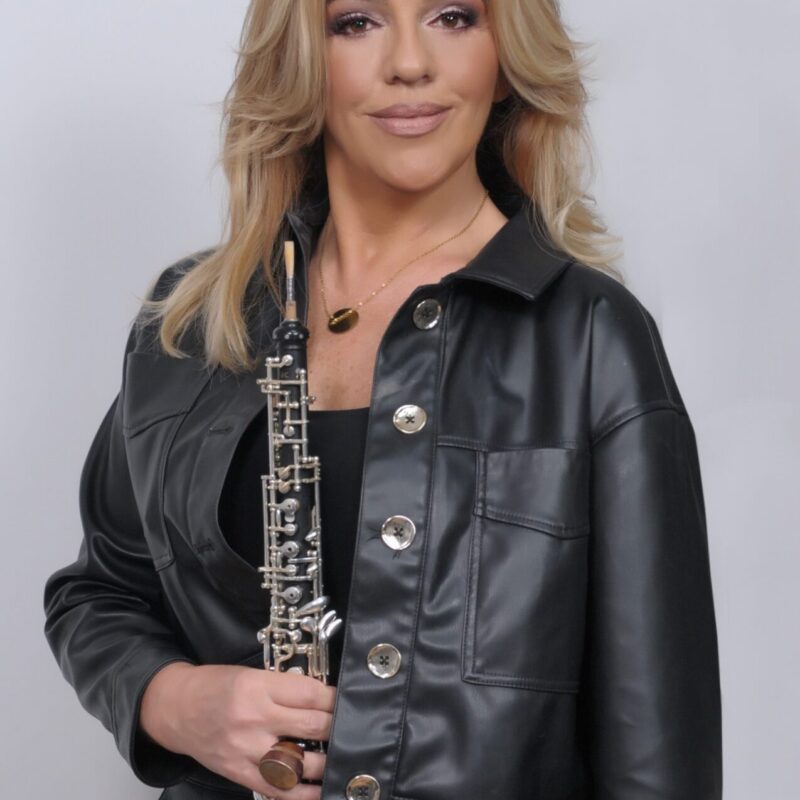